Farewell in the Presence of the Queen

Farewell in the Presence of the Queen

Marianne Andresen hosted a farewell reception for Rektor Richard Lamont and his wife Kathini Cameron on Monday evening. This was an opportunity for the many close contacts Larry has made in Norway to say “au revoir” – we will meet again, as he is moving on to a new post from the next school year. It was a great honour that Her Majesty Queen Sonja came to give her best wishes for the occasion. Formal greetings were given by Pär Stenbäck, Kristin Vinje, Arne Osland, Sven Mollekleiv, Pål Brynsrud, Jens Waltermann and Elizabeth Sellevold all on behalf of their constituencies.

(We featured Kathini and Larry in our series ‘People of RCN’. See it here.) 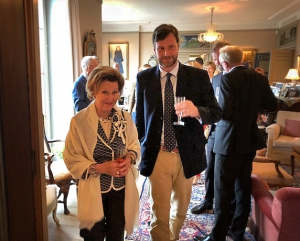 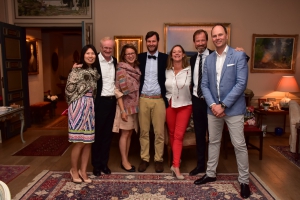 Some of the friends and colleagues at the reception 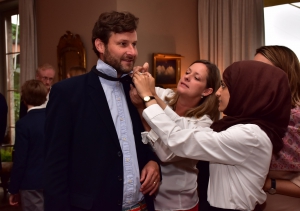 The Rektor is given a hand-made bow tie by Mawra from the Red Cross. 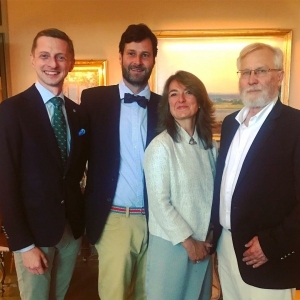