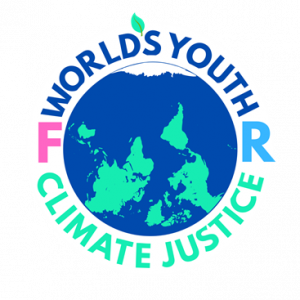 The connection between Human Rights and the Climate Crisis has become clearly visible for anyone who cares to see it. However, in international climate action treaties there is still a lack of language that emphasizes the immediate danger to Human Rights, especially in the Majority World. The global youth-led campaign “World’s Youth for Climate Justice” is attempting to change exactly that. We are working towards an Advisory Opinion from the International Court of Justice that would ultimately set a norm for states to include such language in their treaties. Supporting the initiative put forth by the Pacific Island State of Vanuatu, we are youth from all over the world rallying for civil society support to convince as many state’s representatives at the UN to vote in favor of our effort. I was recently able to join the campaign that was initiated by a group of law students from the South Pacific.

I had been active in climate action before coming to RCN and through studying Human Rights as part of the IB curriculum was able to make a lot of new connections. I feel that now, four years later, many of the loose ends which I was exploring at RCN are coming together. My time at RCN paved the way for my focus on Climate Justice and made me constantly question my positionality as a white woman from the Minority World. After my time at RCN, stories of the impact the climate crisis is having on my friends’ communities are having a much bigger impact on me and motivate me to make use of my privilege. In my work with “World’s Youth for Climate Justice” I aim to follow the role of solidarity support and try to stay as much in the background as possible. My effort is to amplify the voices from youth of the Majority World through the networks that I have been able to establish as well as using my privilege to act as, for example, one of the treasurers of the campaign to open up possibilities for my friends in the campaign.

Our campaign is very idealistic and we are putting a lot of trust into international politics that have often disappointed us in the past. Still, we believe that pursuing change through international law is a powerful path and we are not being discouraged by slow bureaucratic processes and pessimism. Staying optimistic is hard sometimes but I am constantly encouraged by stories from my RCN friends who show up as active citizens and are making change wherever they go. Although everyone has moved on from RCN and is building their own little worlds elsewhere, still feeling part of this strong community empowers me to keep going and persist in working towards real and just climate action.

If you’d like to know more about “World’s Youth for Climate Justice” or would like to join our campaign, please reach out! We welcome all backgrounds and levels of engagement!

In People of UWCRCN you find stories of alumni or other members of our community. Here are the laterst.

Bringing Climate Justice and Human Rights to the International Court of Justice The connection between Human Rights and the Climate Crisis has become clearly visible for anyone who cares [...]

Zooming In Leaving Norway during the pandemic left me filled with uncertainties. First, I had to go to France to get my US VISA since the border closures [...]

Go to People of RCN Archive