The cover of the Order of Service

On Friday 8th January, Tom Gresvig’s funeral was held at Uranienborg Kirke in Oslo and was followed by a reception at Bølgen & Moi. Her Majesty Queen Sonja sent a royal wreath in her capacity as patron of our College and other tributes have been delivered for Tom, a member of the founding team of UWC Red Cross Nordic, to both his family and the College.

Representatives from Haugland included: Inger and Arne Osland, Kari and Eirik Fismen, Anette Wolff, Daniel Toa-Kwapong, Stig Moltumyr, Kathini and Larry Lamont – alongside many Oslo-based representatives from our Board and UWC Norge and our partner organisations (including SOS Children’s Villages and the Norwegian Red Cross).

“UWC International and the entire UWC community mourn the death of Tom Gresvig – one of the great figures of the UWC movement.  Tom was the founding father of UWC Red Cross Nordic and a long standing and substantial supporter of UWC internationally. Thousands of UWC RCN students bear witness to his legacy through their live changing experiences at UWC. Our thoughts are with his family and loved ones and together with them the entire UWC family will honour Tom’s memory.” 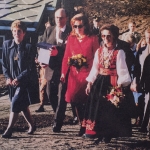 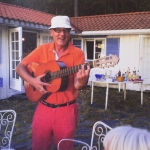 Tom at his cottage on Jomfruland 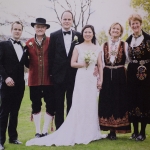 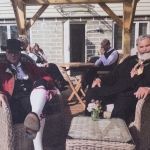 Please click here for Larry’s address at the reception in honour of Tom on behalf of RCN and for the obituary in Aftenposten (7th January 2016) and the obituary notice written by UWC Norge and RCN.

If you could like to write Tom’s sons (Håakon and Knut) please use the following address:

The UWC and Norwegian flags will be flying at half-mast on the first day of term and we shall hold a minute’s silence at the first College Meeting of term for students and staff.