Utøya program – A story to tell 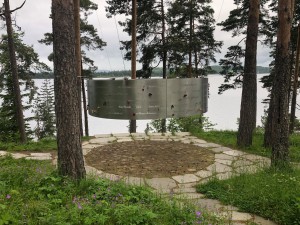 One week after graduating from our College Abdallah, (Palestine) was selected by the Wergeland centre to attend the Thorvald Stoltenberg seminar at Utøya, titled “Living together in culturally diverse societies” . 26 students and 4 organizers from
26 different countries had an insightful time together. In the seminar, the participants met survivors from the terrorist attack that happened on this place on 22th July 2011. The participants engaged in discussions about democracy, human rights, Identity and cultural and interfaith coexistence. They got to know Camilla Stoltenberg, the Director General of the Norwegian Institute of Public Health, the daughter of Thorvald Stoltenberg and sister of former Prime Minister Jens Stoltenberg. Against the terrible background of recent events, Utøya is being reclaimed as a centre to foster democracy and dialogue for youth – across divisions. Thanks to the Wergeland Centre who gave Abdallah the opportunity to take part in this as a representative for Palestine and Norway.