President Sven Mollekliev, Norwegian Red Cross – on the Value of Volunteering and Focus on Participation.

President of the Norwegian Red Cross, Sven Mollekleiv, visited the College on Tuesday April 29th to give a lecture in preparation for Constitution Day, which is coming up on May 17th. Sven has just arrived back from Syria, where he has been part of a delegation focusing on the help given by the Red Cross in an extremely difficult context. The talk stressed the importance of voluntary work – in times of crisis, for a general preparedness in society and as key ingredient in democracy building. After the lecture he was surrounded by eager students asking for concrete advice on how they can get involved in Red Cross work in their home countries and abroad. 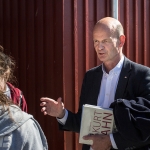 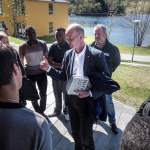 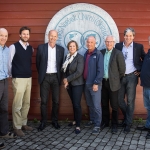 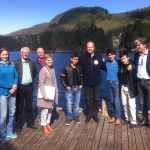 As part of his visit to Haugland, Sven was hosted at the Bekker House and had meetings with the management teams of the two institutions.

“This place is simply remarkable. The whole world is present in this little fjord bay. It warms me to see the engagement of the students and to witness how the focus is on finding the resources in persons and aiming at making them participants in the different arenas of life.”

His comments about the work of the Red Cross in Sogn og Fjordane can be found on local radio here.

The text of Rektor Richard Lamont’s welcoming address is here.

The annual Council Meeting at the College was hosted over the weekend, with the main meetings being held on Friday 25th April. In addition to the formal meetings the Council Members offered workshops for our students, to benefit from their areas of expertise. Among the themes were work for organizations like the Red Cross, UN and Médecins Sans Frontières. The introductory session for the whole College was titled “From Munch to Mandela”. Rektor Richard Lamont gave an introductory address which was followed by presentations by visiting lecturer Dr. Simon McKeown on the the work of Edvard Munch, and Council Chair Pär Stenbäck who spoke about the life and legacy of Nelson Mandela. 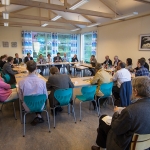 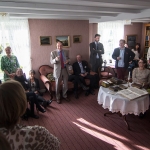 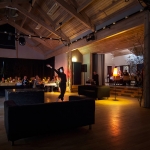 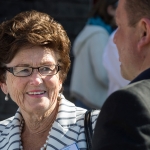 In the elections at Council, Tove Veierød was re-elected for a new period as Chair of our Board. The College is most grateful to Tove for offering her services for a new period.

Many thanks to all who travelled to attend the meeting, to those who organised the events on campus and to our friends from Bergum Mottak in Førde who cooked the delicious meal at the final dinner.

Here is our Annual Report for the calendar year 2013.

We are looking forward to the visit of Sven Mollekleiv this week. He will be delivering an address to the College on the 29th April.